In August 2004, Tuhon Ray Dionaldo promoted me to the rank of FCS Certified Instructor.

In August 2007, Tuhon Ray Dionaldo promoted me to the rank of FCS Guro.

I have traveled with Tuhon Ray in the United States and Puerto Rico giving seminars and promoting interest in FCS. It is also with the help, guidance, and training from Lakan Rico Cortes, Lakan Ray Cole, Lakan Pipo López and Lakan Harold Evans that I was able to increase my knowledge and skill in the Filipino arts.

I am also a USA Boxing Coach, MMA trainer, competitive grappler, and a Sifu in the Siu family Wing Chun system.  My wife and I, Dr LA Jennings, own and operate Train.Fight.Win in Colorado.

We are open, actively training and accepting new students.

Come train with us! 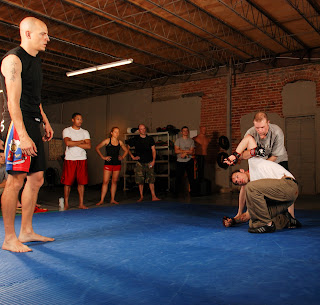